The New Rochelle Campership Fund, a non-profit group founded in 1957 that sends children in need to summer camp, is in Martin Friedrichs’ blood. His mother, Nellie, was one of the fund’s founders, and Friedrichs remembers the fairs sponsored by his family at his Lester Place home to raise money for the fund.

In fact, the fair was a yearly event held from 1958 to the early 1970s, a harbinger to summer and to the good work of the fund. Friedrichs has returned, so to speak, because he is now the chairman of the Campership Fund.

“We collected money for the fund in the backyard,” Friedrichs said.

In fact, the Friedrichs’ fair was a grand event. The June 10, 1964, issue of the Standard Star describes the event as not only a fund-raiser but also a community affair.

There were the standard summer foods ” salads, hot dogs, ice cream (all donated) ” with all types of toys and trinkets offered for sale. There was a magician and a chess challenge which “attracted much interest.”

The fair that year raised $641, and as the newspaper reported, most of the money was donated because people believed in the fund’s cause.

“Much of (the funds raised) came in nickels and dimes from the children of this Beechmont area who were there to enjoy the games, entertainment and refreshments provided as the cost of contributions for the campership cause,” the Standard Star reported.

“We wanted to do something for other kids,” said Friedrichs.

The campership cause is a clear one and has not changed over the past 46 years. A child’s summer should be filled with an experience that is enriching and fun.

“I see the need for a summer recreational experience,” said James Arles, the fund’s secretary.

Over the years it seems as if the fund’s donors understand and agree with that premise because, according to Arles, donors come from 40 zip codes.

To help local agencies serve more children, the fund offers monies to local organizations that offer summer camp experiences. The monies allow the groups to offer scholarships to children who normally could not afford to pay.

This year, according to Friedrichs, the Campership Fund has been able to help close to 500 children by donating monies to about 18 organizations. All the children helped by the fund are from New Rochelle.

For Friedrichs, aside from the help it gives to children, the fund also serves a larger purpose for the city. 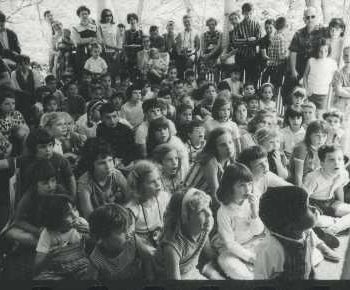 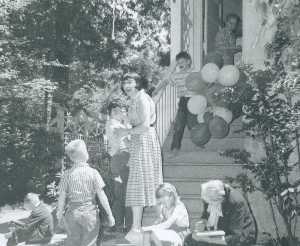 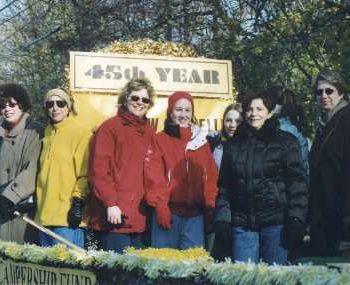 Upper left: This photo is from the first 24 Lester Place back yard fair (1958) -during the first year of the Campership Fund. Nellie Friedrichs (shown) started this fair to help raise money for the Campership Fund. Martin Friedrichs, her son (7 years old) is shown coming down the steps. He is currently the chairman of this fund (and now lives in this same house).

Above:. From 1967 at the last of ten 24 Lester Place Fair;s. The children are watching a puppet show put on to raise money for the Campership Fund.